Why the Primary Water Theory is more than a theory

Both recent scientific research studies and many existing primary water wells in the world suggest that the current scientific consensus is wrong. Primary water does exist, and it can be accessed for solving of one of the biggest problems of humankind – the increasing scarcity of water.

There are two hypotheses argued by mainstream geologists and hydrologists:
1. All water resources are part of the atmospheric water cycle. There is no water deep in the earth.
2. When celestial bodies were formed, there was no water involved. Water was brought to Planet Earth later through comets and asteroids.

Most recent contributions from various scientific disciplines have disproved these hypotheses: 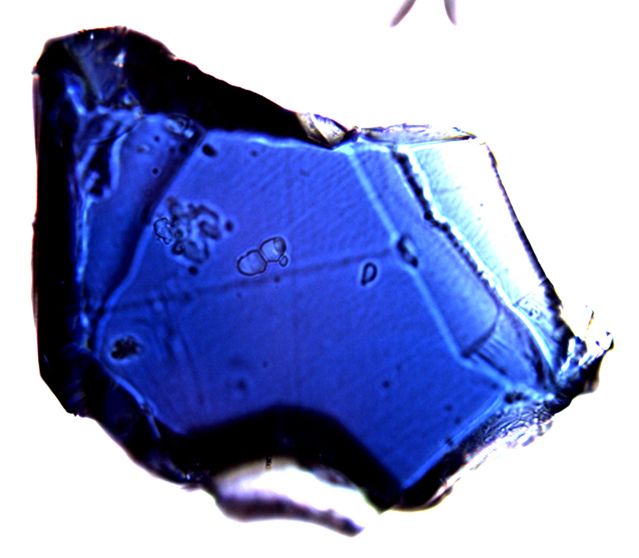 Blue Ringwoodite (Photomicrograph taken at University of Hawaii, of a crystal I grew in Bayreuth, Germany. Author: Jasperox; licensed under the Creative Commons Attribution 3.0 Unported license)
Geology, petrology and geochemistry: 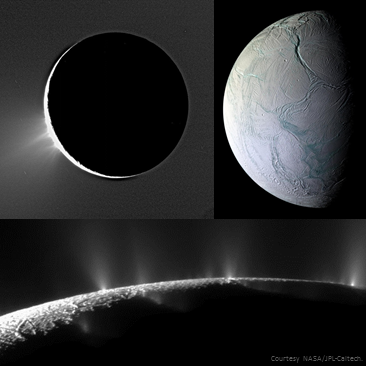 Where do these waters come from? 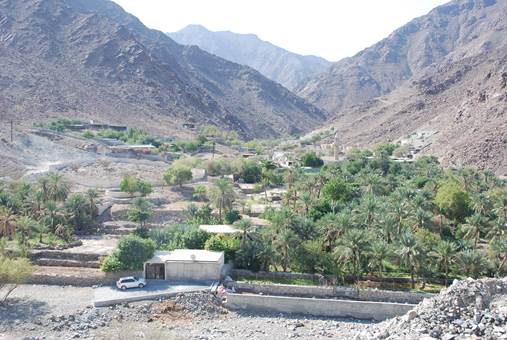 Where does the water come from when there is no rain that could replenish depleting groundwater tables? 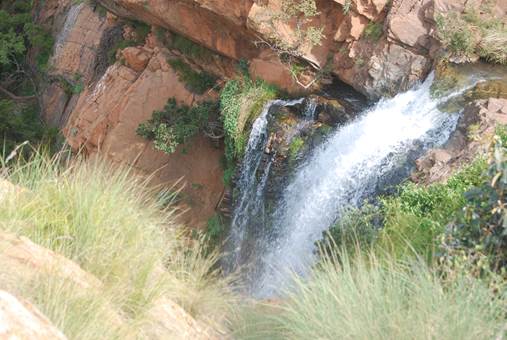 Where does the water come from when gravity only allows it to flow downward? 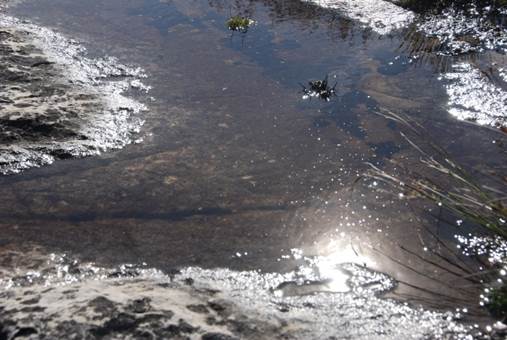 Water must originate from deep sources where the temperature is much higher: Is there any other explanation? 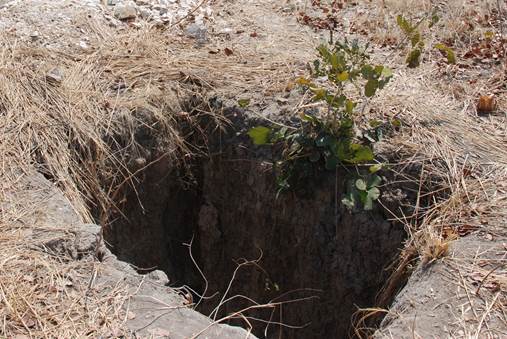 How can water intrusions climb to elevations far above the water table even in zones of no known aquifer with little precipitation?

Some examples of primary water wells

Mines in Finland and Sweden close to the coast line without salinity. These primary water sources were first described by Finnish scientist Adolf Erik Nordenskiöld in 1885. He was finding water by drilling into promontories and rocky islands off the Swedish coast. His paper “About Drilling for Water in Primary Rocks” earned him a nomination for the first Nobel prize in physics. 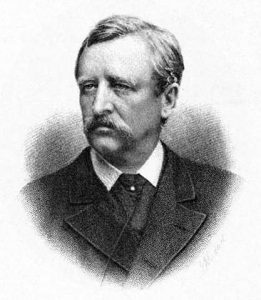 Escondido, California: Stephan Riess and his successor, Morad Eghbal, each located several wells in the late 1970’s on private property both for the personal use of the owner as well as for the commercial water development for surrounding towns that needed to purchase water. These wells are in operation and producing today.

Cottonwood, Idaho:
Stephan Riess located three wells for the city of Cottonwood which were producing  250, 500 and 550 gallons per minute, respectively. All three wells continue to supply the city of Cottonwood today. Although they are located close to each other, each well’s water has a distinct chemistry suggesting that they are supplied by different deep fractured rock systems.

Water intrusions in mining shafts: Eureka Mine, Nevada, with 40 million liters per day, and Tombstone Mine, Arizona.

California City in the Mojave desert could only be developed after Stephan Riess has located and drilled a primary water well on the top of a granite hill which is now in the center of the city. It yields large amounts of water, uninterrupted since the Fifties of the last century. 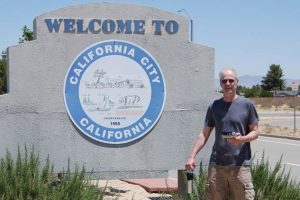 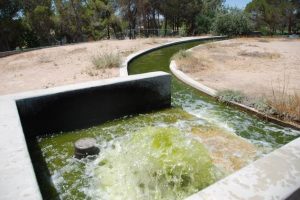 Mt. Whitney, California: Continuous water flow from a spring at an altitude of 13,000 ft. Mt. Whitney (14,505 feet; 4,421 m) is the tallest mountain in California, as well as the highest summit in the contiguous United States and the Sierra Nevada. 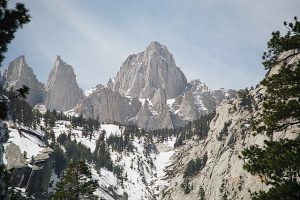 Coast of Maine:  Big old quarry on a hilltop in Tenants Harbor overflowing all year long with crystal clear fresh water. Well drillers from Maine indicate that fresh water can be had anywhere along the Maine shoreline by simply drilling down to fissures in the granite.

New York City: In 1956, a new water source was discovered in 3 meters depth with a yield of 12 million liters per day. Temperature and cleanliness suggested that this water source was not connected to any surrounding water body.

Reams of caverns in the granite of Brittany that are commonly used to feed humans and cattle. These wells very rarely dry up, even in drought periods. The knowledge about this abundant water source is widespread among local farmers; they label it “L’eau des roches” (water of the rocks).

Jericho:  Ein-es-Sultan, the Sultan’s Spring, commonly called the Fountain of Elisha, or the Prophet’s Fountain, is active since ancient times. It is close to the first permanent settlement of humans built between 8000 and 7000 BC.

Eilat: In 1958, Israel’s Prime Minister David Ben-Gurion asked Stephan Riess to find primary water to supply a new city, and port on the Red Sea, under construction. In May 29, 1959, the Jerusalem Post announced that the Riess-located wells were sufficient to supply a city of more than 100,000 people, enough to supply the city of Eilat, and outlying villages.

The Ain Figeh Well in Damascus has an average yield of 132,000 gpm (8,630 L/sec) since Roman times. It supplies water for the over one million residents of Damascus and is also the principal source for the Barada River.

According to a report published by the International Bank for Reconstruction and Development, “the main source is similar to a sub-surface river of a breadth of several meters which exits to the upside of a calcareous formation of the hill”.

Citadelle Laferrière, a mountaintop fortress located on a high mountain range in Haiti. The water of its well was described as clear and cold and being fed by an inexhaustible source.

The organization Global Resource Alliance, working with the hungarian ‘water wizard’ Pal Pauer, has drilled over 80 boreholes to primary water at various depths, in Tanzania, installing handpumps that enable villagers to have easy access to clean water that is free of disease causing microbes, parasites, and surface contaminants.
In Bosnia-Herzegovina, there are many wells from ancient times that are producing constant temperature water year round, independent from varied precipitation. Famous wells are located at Bobovac and Ljubuski, where the latter one is reported to have strong swirls at its bottom which speaks against being just a cistern. Other arguments against cisterns, reservoirs or containers are that they have not been built waterproof, and the mainly vertical excavation. Less known wells are located at Fojnica, Travnik and Visoko (on the top of the controversial, pyramid shaped hill – the Bosnian Pyramid of the Sun). (Text passages are from the article Ancient Water Supply Systems by Mladen Milidragovic)